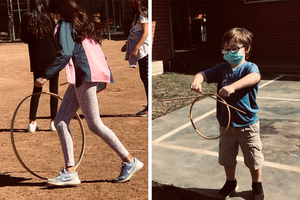 
When we meet again via Rocket Blast, these same kids will have jumped ahead in time, completed their years of learning a trade, and will be facing an America which has declared itself independent from its Mother Country, Great Britain. Yes, my friends, we will soon be at war! Stay tuned for the adventures our Patriots will face in 1777!